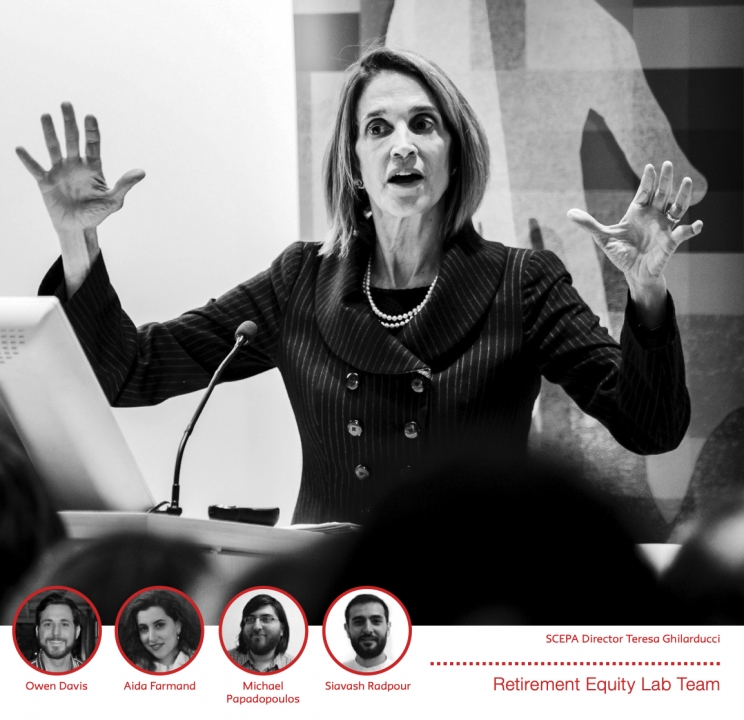 An important part of this effort is ReLab’s quarterly report on the status of older workers, which provides a complete picture of how older workers are faring in the labor market beyond the unemployment numbers. In 2020, ReLab’s data was often the first to measure the pandemic’s effects on older workers’ savings and employment, including downward mobility, involuntary retirement and recovery times. The report routinely makes news for its economic analysis, but in 2020, 49 media articles covered the reports including The New York Times, NPR, and The Wall Street Journal.

Recent quarterly reports include:
The Stalled Jobs Recovery Pushed 1.1 Million Older Workers Out of the Labor Force
A First in Nearly 50 Years, Older Workers Face Higher Unemployment Than Mid-Career Workers
Over Half of Unemployed Older Workers at Risk of Involuntary Retirement

ReLab Policy Work
ReLab has developed a policy proposal to combat the retirement crisis called Guaranteed Retirement Accounts (GRAs), which would provide stable pensions to the 63 million workers who currently have none.

Additionally, amidst the outbreak of Covid-19 and the ensuing public health and economic crises, ReLab proposed a ten-point policy agenda to help older workers, including but not limited to an Older Workers Bureau. Other key areas of focus in the policy agenda include an urgent response to the pandemic, with policy action such as extending and increasing unemployment benefits, lowering the medicare eligibility age, and requiring paid sick leave/time off for older workers, and fixing the retirement system’s structural flaws by expanding Social Security and creating Guaranteed Retirement Accounts, among other things.

ReLab Podcast
In 2019, ReLab released a new podcast, “Reset Retirement,”which features experts and real people sharing what it’s like to save for retirement in a system that only works for the privileged few. Host and ReLab Director Teresa Ghilarducci talks to people of all ages in the podcast -- millennials, mid-career professionals, and near and longtime retirees -- whose stories show how our “do-it-yourself” retirement system is failing. By lifting up real stories of retirement saving, we can move past blaming individuals to see how our retirement system is letting down the majority of Americans. Learn more about the podcast and listen at http://resetretirement.org.