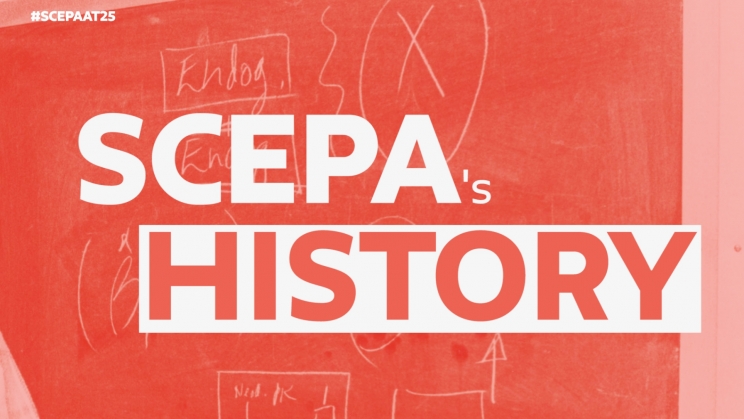 As a part of our #SCEPAat25 anniversary celebration, SCEPA has published a new video on our organization’s history.

In the video, SCEPA leaders and alumni look back on SCEPA’s beginnings. SCEPA was created to make the research of the New School for Social Research (NSSR) economics department accessible to a broader audience and impactful for policy. CEPA, the organization’s original name, was founded in 1995 by Economist David Gordon, along with other founding members including Professor John Eatwell of Cambridge University, NSSR Dean William Millberg, and William Janeway, a Cambridge PhD and businessman.

In 1996, Lance Taylor joined CEPA as Director and continued encouraging critical perspectives of mainstream economics. CEPA went on to hold numerous events and publish research which fostered alternative economic thinking in the following years. Graduate students at NSSR became an important part of SCEPA’s work and function -- to provide burgeoning economic thinkers with a springboard to create meaningful research and affect policy.

In 2008, CEPA became SCEPA in honor of crucial support from philanthropist and businessman Bernard Schwartz, and Teresa Ghilarducci joined the organization soon after. “We really understood we were out for something more -- a more equitable, thriving economy,” says Director Teresa Ghilarducci at the video’s end as she speaks on picking up the torch to lead SCEPA in 2008 and our vision for creating a more equitable future.

You can watch the video and more videos from SCEPA on our Youtube page.