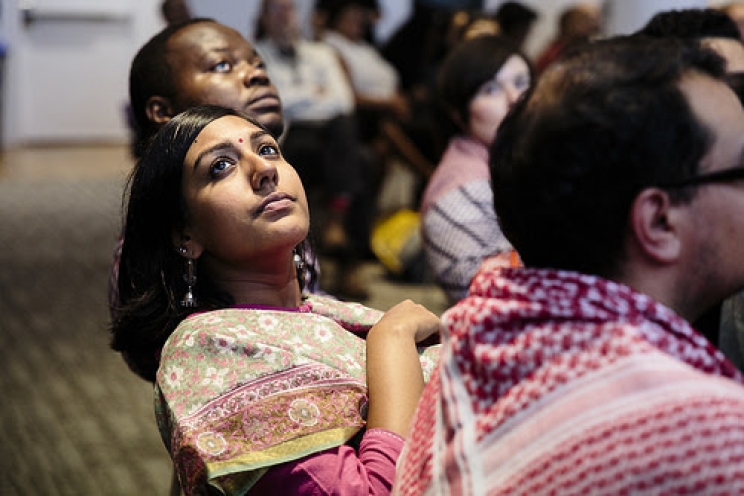 SCEPA's 2017 Annual Report documents how our research works to advance positive change through education and collaboration.

We are building SCEPA’s momentum through this theory of change. This year, our economists engaged with the high-profile issues defining today’s policy arena.

SCEPA hosted experts on green technology and the historic U.N. “Paris Agreement,” provided cutting-edge research on the intersections of inequality, economic growth, and climate change, and was an early leader in the discussion of intersectionality and the role of women in society by hosting feminist economist Bina Agarwal on the relationship between institutions, property and gender inequality.

The Lab’s work was cited in materials supporting reform legislation proposed by New York City Comptroller Scott Stringer, included in Washington State’s study of reform ideas for their residents, and I personally presented our research to members of the Democratic Caucus at their annual policy meeting to learn more about the pressing legislation needs for 2017. Our research on the labor market for older workers was widely featured in the press, helping to change the narrative on how to solve the retirement crisis away from blaming individuals and calling for them to work longer and toward the need for reform to relieve individuals from our failed retirement system. I was also proud to team up with Blackstone’s Tony James to publish our new book, Rescuing Retirement, putting forward Guaranteed Retirement Accounts (GRAs) as the necessary policy solution to stem the retirement crisis.

SCEPA is committed to engaging in the issues that affect Americans’ economic well-being and support our hopes for a better future. We are grateful for the generosity of our supporters and partners in these efforts and look forward to sharing our progress as we move forward next year and beyond.