The Rise and Fall of Neoliberalism

Kotz began studying neoliberal capitalism in the 1990s and was one of the few academic economists to predict the economic collapse of 2008. His presentation provided a historical trajectory of neoliberal capitalism from the Carter administration through the aftermath of the Great Recession. 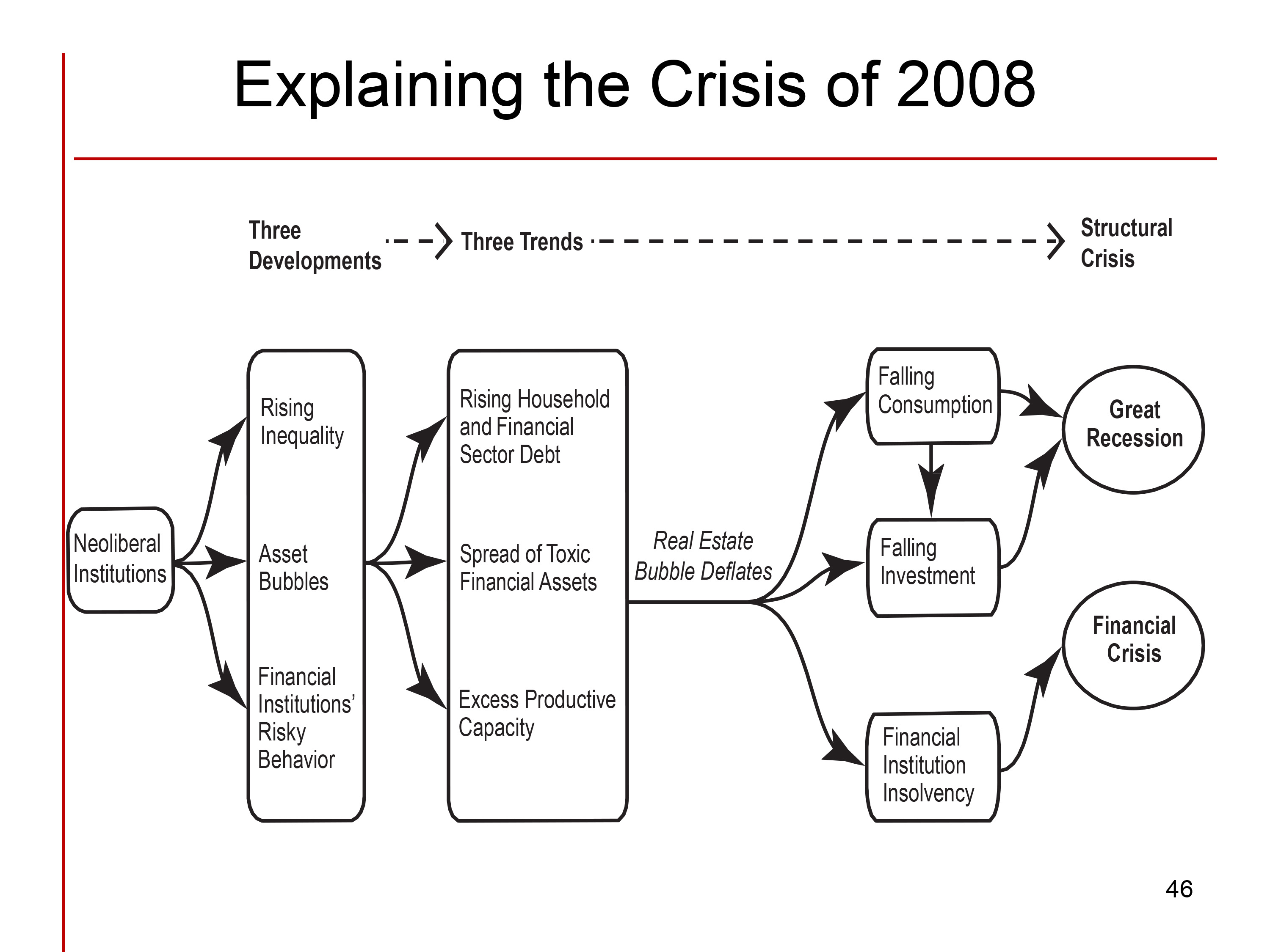 Kotz's analysis reveals that neoliberalism provided a long period of economic growth with low inflation, but that the corresponding decrease in wages had three significant side effects, including increasing inequality, asset bubbles, and financial institutions' increasingly risky behavior.

This precarious situation was initially supported by the growth in housing values. However, once the bubble burst, the unsustainability of neoliberal capitalism became clear in the rising household and financial debt, the spread of toxic financial assests and capacity in excess of demand. The recession and financial crisis that followed resulted in the structural crisis we experience today - stagnation.

Austerity: A Doomed Answer to the Structural Crisis
According to Kotz, labor force participation has been dropping since 2007. And while the profit rate bounced back immediately after the recession due to the federal rescue of financial institutions, capital accumulation did not. Kotz points to austerity policies, or curtailing public spending, as a doomed attempt to" double-down" on neoliberalism, but the conditions necessary to promote consumer spending are no longer present. According to Kotz's reading of history, "stagnation will continue unless and until there is a major institutional restructuring."

The Real Answer: Restructuring
Kotz gives us three potential scenerios for the future. First is a nationalist form of capitalism that relies on military growth to prop up spending and demand. Second is a return to neoliberalism's predecessor, regulated capitalism, which was built on a coalition between labor and capitol. Third is a transition to an alternative socialist system.

Of the many possible critiques of the first two options, Kotz highlights that any system that rapidly accelerates economic growth will also accelerate climate change. However, the third option holds open the door to a transition beyond capitalism that increases social welfare while decreasing the production of goods.

The event was part of the Spring 2015 Seminar Series hosted by The New School Economics Department.