Brief— Workers at all earnings levels would benefit from expanding Social Security. SCEPA proposes defaulting workers into “Catch-Up” contributions, where— starting at age 50— they would contribute an additional 3.1% of their salary. 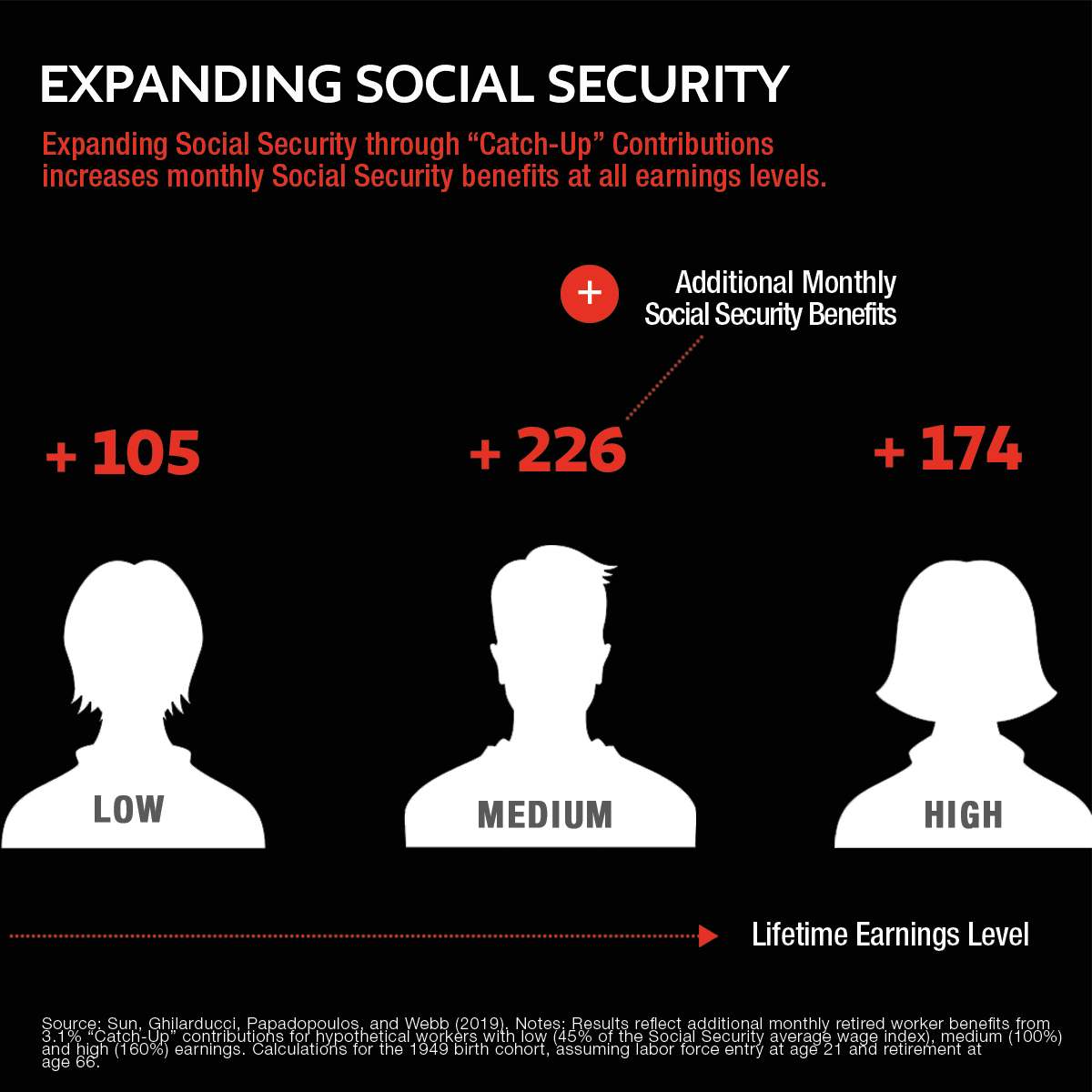 A potential concern is that those most in need of additional retirement income might opt out of a default. A mandate, however, would achieve universal coverage for a program that offers benefits to workers at all earnings levels, and would be within the social insurance tradition.

A contribution rate of 3.1% falls short of the amounts we calculate would maximize financial well-being, reflecting our concern that higher contribution rates might be unaffordable for some. Policy makers should consider allowing workers to contribute at a higher rate. Another potential concern is that higher earners might be more likely than lower earners to make additional contributions, exposing Social Security to adverse selection by reason of high earners’ lower mortality. But any difference in mortality would be offset by the lower rates of return earned by higher earners by virtue of the progressivity of the Social Security benefit formula.