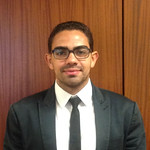 Last month the unemployment rate for workers age 55 and over dropped to 3.9% from 4.3%. This fall obscures the challenges older workers continue to face in the labor market - prolonged unemployment and underemployment. This reality means that those who can find jobs often accept lower pay, poorer working conditions and reduced benefits.

Since the Great Recession, the unemployment rate of older workers has not shown a consistent recovery. Instead, it has been up and down. In December of 2007, it was 3.2%, but four years into the recovery in December of 2013 it was 5.1%. A year later, it fell below 4%, only to climb back to 4.3% by February of this year.

Not only do workers of older ages experience inconsistent employment opportunities, they are also victim to prolonged joblessness. Last month's job numbers show jobseekers between the ages of 55 to 64 spent an average of 43.7 weeks actively looking for work and those 65 years and older 42.6 weeks. In 2014, nearly half (45%) of older workers were unemployed for 27 weeks or more, making up the second largest group among the long-term unemployed.

These long periods of unemployment are eroding the bargaining power of older workers. AARP's Public Policy Institute confirmed this in a recent survey examining how unemployment affected workers between the ages of 45 and 70 over the past five years.

AARP's results show that older workers are not finding work that reflects an extension of their careers.

The first evidence of this trend is earnings. Rather than earnings that are in line with their previous jobs, almost half (48%) of older workers who found a job said they now earn less. For those out of work for 27 weeks or more, almost 59% earn less in their new jobs.

Second, older workers are not finding the type of work they want. Re-employed older workers were twice as likely (36%) to be working part time compared to the total workforce in their age group (16%), and almost half (47%) of these part-timers are considered underemployed, as they would rather be working full-time jobs that make better use of their education and experience.

Third, older workers scared by long-term unemployment experience poor working conditions and decreased benefits upon re-employment. This is true across all of the survey's measures of job quality – time off, number of working hours, and working shift.

Last, these workers were more likely to suffer a decline in their retirement and health benefits in their new jobs when compared to those who experienced a shorter spell of unemployment. SCEPA research finds that increased competition among older workers in the job market further fuels the decline in older workers' bargaining power and a subsequent decrease in retirement benefits available in the workplace.

The growing insecurity for older workers in the labor market means those over 55 will be less likely to earn enough to retire. Policymakers calling for an increase in the retirement age should listen to what the market is telling them: the work place is not a panacea for low retirement savings. Rather, they should call for the creation of new and better savings vehicles, such as Guaranteed Retirement Accounts. Safe pensions and adequate retirement assets allow people to explore new kinds of jobs, experiment with self-employment, and even quit jobs they dislike. Today's older workers could use these options.