This week's Worldly Philosopher, Anthony Bonen, discusses the need for and possibilities of opening the field of economics to a diversity of approaches. 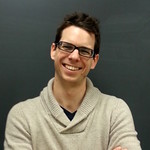 Last month, the University of Massachusetts Amherst hosted an eclectic group of New Schoolers at the 11th Annual Economics Graduate Student Workshop. As in past years, the discussions were engaging and, dare I say, inspiring. Representing as we do, marginal groups in the economics discipline, the engagement of UMass-Amherst and The New School's economics departments strengthens our ability to commit to economic pluralism. Although pluralistic and interdisciplinary approaches are desperately needed, their pursuit is not (*ahem*) optimal for the academic-career-minded graduate student. It is therefore essential that we be exposed to regular reminders that we – both our department and university – are not alone.

This year, the topics ranged from field studies of collective action in community-driven development in Brazil to critiques of Marxian models of technical change and an empirical analysis of how capital controls affect the real exchange rate.

Jessica Carrick-Hagenbarth's field study in Brazil evaluated eight cases of participatory development projects that supported income and infrastructure, such as fence building, irrigation and bee raising. Through a survey and interviews with project participants, she showed that strong links to extant social movements and community institutions helped avoid elite capture and free riding. Jangho Yang's Marxian critique argued that capital and labor are qualitatively different entities. Taking this incompatibility seriously shows that structural changes in the economy are not predetermined. Such changes are, instead, evolutionary. Finally, Juan Montecino's econometric analysis of exchange rate regimes posited that capital controls could be used to maintain under- or over-valuated currencies. He demonstrated that, by controlling (to some extent) the flow of capital into and out of an economy, policymakers could effect soft – if blunt – industrial policy.

The diversity of approaches represented in this sample is, unfortunately, rare in economics. When the conference comes back to New York City next year, we hope to bring together an even broader array of students from different departments in NSSR and from divisions across The New School. In so doing we would bring the university and the economics discipline closer to the ideals espoused by one of its founders.

In cofounding The New School, Thorstein Veblen defied the strictures of siloed departments. This principled commitment to interdisciplinary social research and education manifests in his institutional approach to economics, which begged economists to develop deeper understandings of real-world structures and relations. In his time, Veblen railed against the classical economists whose abstract models were based on the "normal" or "natural" laws of utilitarian hedonism. In contrast to other social sciences, economics, he famously argued, was a not an evolutionary science (Veblen, 1898, p. 382, emphasis mine):

The ultimate laws and principles which [the classical economists] formulated were laws of the normal or the natural, according to preconception regarding the ends to which, in the nature of things, all things tend. [...] This is a projection of the accepted ideal of conduct. This ideal of conduct is made to serve as a canon of truth, to the extent that the investigator contents himself with an appeal to its legitimation for premises [... of] the "controlling principles" that are conceived intangibly to underlie the process discussed, and for the "tendencies" that run beyond the situation as it lies before him.

In other words, the classical economic method tends to reinforce dominant paradigms, which are justified with highly abstract, deductive reasoning. Sadly, economists' apologist tendencies are now, if anything, stronger than they were in 1898.

Veblen's 116-year-old critique holds a fortiori for the great bulk of economic science today. While the mathematics of today's neoclassical economics is far more advanced, the presumption of free market efficiency (and, indeed, the social value of efficiency itself) remains fastened to the edifice of a rational pursuit of profit. The internal consistency of such arguments is peerless – and it will require institutional and interdisciplinary engagement to pierce it.