Unfortunately, this changing landscape means that many New York City residents are likely to experience a dramatic drop in living standards as they age. 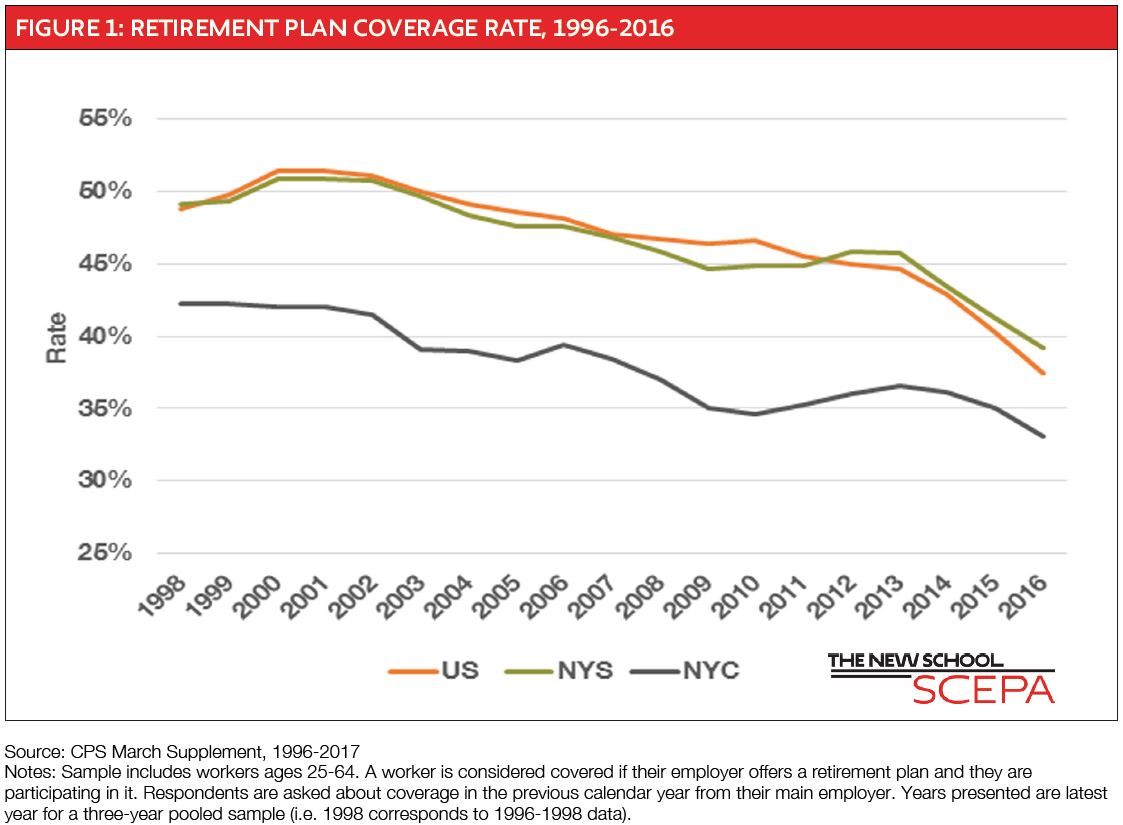 
While the coverage rate declined 6 percentage points for the general population of New York City between 2006 and 2016, declines were significantly greater for older workers and women and varied by race and industry. While women saw a steeper decline than men, women experience slightly higher coverage rates because they are disproportionately employed in the only two industries with coverage rates over 40%, educational services (56%) and public administration (64%).


More than 1 million households, or 42% of near-retirement New York households, do not have a DB or DC pension in a current or past job. Most households in this group have no liquid assets and will be entirely dependent on Social Security income in retirement.


If workers in near-retirement households retire at age 62, the share in poverty or near poverty will more than double, from 8.2 % while working to 21.6% in retirement. 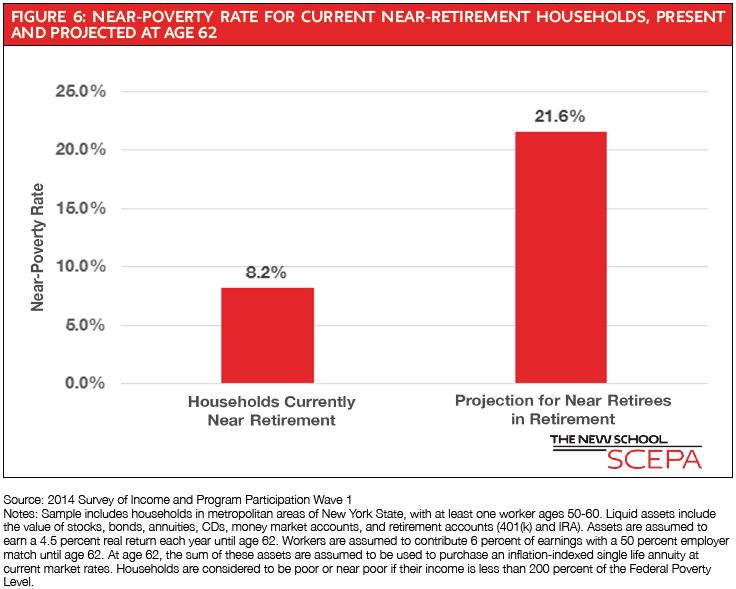 
A GRA is a mandated, professionally managed retirement account. It is a hybrid between a defined benefit pension and a 401(k)-type defined contribution plan because it involves individual savings (with matches from the employer and government and a guarantee of principal from the government), but pays annuities in retirement. As supplements to Social Security, GRAs can be implemented at the city, state, or federal level and would provide all workers with a retirement account.