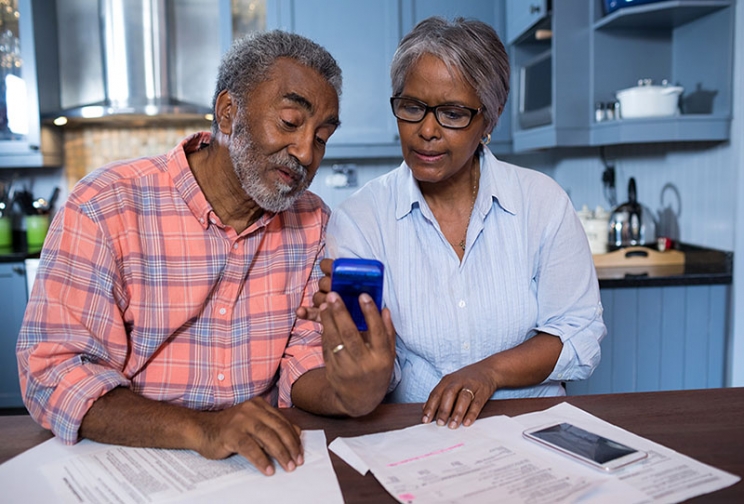 A retirement crisis looms as the labor market becomes less friendly to older workers when they are most numerous and least able to retire.

"The Time Is Now to Focus on Older Workers: Trends in Employment and Wages" originally appeared in the Fall 2019 Volume of “Generations,” a journal of the American Society on Ageing, or ASA.Copyright © 2019 American Society on Aging; all rights reserved. This article may not be duplicated, reprinted or distributed in any form without written permission from the publisher: American Society on Aging, 575 Market St., Suite 2100, San Francisco, CA 94105-2869; e-mail: This email address is being protected from spambots. You need JavaScript enabled to view it.. For information about ASA’s publications visit www.asaging.org/publications. For information about ASA membership visit www.asaging.org/join.

The share of workers ages 55 and older is growing rapidly at a time when older workers’ wages are declining. This article identifies sources of older workers’ declining bargaining power, includ­ing four trends lessening that power: alternative work arrangements, the baby boom, age discrimination, and a deficient retirement savings system. With the labor market becoming less friendly to older workers, policy ought to be directed toward increasing older Americans’ financial preparedness for retirement, rather than toward compelling them to work beyond typical retirement ages.

The Bureau of Labor Statistics predicts that one in four workers in 2026 will be ages 55 and older, up from one in eight in 1990. For those who think older workers are just another special segment of the workforce, think again.

Older workers will fill 56 percent of the new jobs created by 2026—6.4 million out of 11.4 mil­lion (Dubina et al., 2017). With older workers becoming a more prominent part of the labor force than ever before, the future of the U.S. economy depends upon whether it provides enough decent-paying jobs to these workers.

With older workers becoming a more prominent part of the labor force than ever before, the future of the U.S. economy depends upon whether it provides enough decent-paying jobs to these workers.

But recent data show that the U.S. economy is not meeting that goal. The position of older workers within the labor market is declining over time and relative to that of younger workers.

Workers ages 55 and older who have a high school degree earned 12 percent less in 2017 than such workers had earned in 1990, and wages for workers with a college education fell 8 percent in that time. In contrast, wages for workers ages 35 to 54 grew by more than 10 percent (Farmand and Ghilarducci, 2019). Moreover, the two jobs the Bureau of Labor Statistics projects will grow the fastest by 2026—personal care aides and home health aides—are low-paying jobs (24 per­cent earn less than $15 per hour) that dispro­portionately hire older women (37 percent are women older than age 55) (Retirement Equity Lab, 2019).

Furthermore, older workers are losing the ability to bargain over key aspects of their jobs. More older workers are employed in alterna­tive work arrangements (AWA) than ever before. AWAs often require that workers give up the ability to negotiate pay (e.g., as applies to gig workers, such as Uber drivers), forego stable work schedules (e.g., in on-call jobs, usually seen in retail), or relinquish the possibility of pro­motions (e.g., as applies to contract firm work, seen in ancillary services such as security guard and food service jobs at a mall) in exchange for employment.

The share of workers ages 55 and older in AWAs increased from 15 percent in 2005 to 24 percent in 2017, more than four times the share of younger workers in AWAs. In fact, “94 percent of the net employment growth in the U.S. economy from 2005 to 2015 appears to have occurred in alternative work arrangements,” with older work­ers constituting almost all of the growth (Katz and Kreuger, 2016).

What Caused the Decline in Job Quality?

Why have many older workers’ jobs not improved and why might they be getting worse? Trends such as globalization, growing inequality, the decline of unions, and the rise of automation can partially explain absolute trends in older work­ers’ wages and working conditions. But there are three more factors responsible for the worsening of older worker employment standards.

One explanation lies in the baby boom. The Baby Boom Generation earned lower wages than they otherwise would have simply due to their outsized birth cohort creating increased com­petition, an effect that persists even as they con­tinue working into their 60s (Papadopoulos, Patria, and Triest, 2017).

At the same time, employers are engaging in more age discrimination than before. Between 2000 and 2017, proven cases of ADEAviolations increased 53 percent, outpacing the growth of the older labor force in that time period (U.S. Equal Employment OpportunityCommission, 2019).

Chief among these explanations concerns older workers’ ability to retire. The replacement of traditional defined benefit pensions with the 401(k) system has contributed not only to a decline in retirement plan coverage—from 68 percent in 1992 to 63 percent in 2010 among households ages 51 to 56—but also in lower prospective retirement income for older workers who have a plan (Munnell et al., 2016). Older workers with inadequate sources of income todraw upon in retirement not only lose out on a large bargaining chip, but also often work to avoid poverty in retirement, and take whatever work they can find.

The labor market is becoming less friendly to older workers at a time when they are most numerous and least able to retire. These con­verging trends are contributing to an impending “retirement crisis”—where a large number of older workers will be forced to choose between working past typical retirement ages or retiring at risk of poverty. Those who continue working will be less likely to find the better quality jobs akin to those they held before, and many workers will not have this choice due to disability (Haaga and Johnson, 2019).

The U.S. Department of Labor and pol­icy makers must pay greater attention to these trends—U.S. policy should concentrate not only on encouraging older workers to work longer, but also on ensuring these workers are able to save for retirement and find decent jobs in their older age.

Michael Papadopoulos, M.A., is a doctoral candidate in the Economics Department of the New School for Social Research, in New York City.