Brief— Working longer is often proposed as the solution to the retirement crisis caused by older workers’ lack of retirement assets, but new research from SCEPA's ReLab shows this assumption doesn't match older workers' real experiences in the labor market.

This week's Worldly Philosopher, Ismael Cid, discusses how the decline in employer-sponsored retirement plans has forced a growing number of Americans to postpone retirement.

In his 1930 essay, "Economics Possibilities for Our Grandchildren," economist John Maynard Keynes predicted a future of increased living standards and 15-hour workweeks. He envisioned a rise in living standards - equivalent to what we have experienced over the last 85 years – that would allow us to devote our energies to non-economic purposes. In his words, "the lilies of the field who toil not, neither do they spin."

A future of longer and healthier lives proved right. Unfortunately, however, reality does not bear out Keynes' vision of security and leisure. In fact, it is the opposite. Increased life expectancies and the challenges of a graying population have encouraged some economists to champion a retirement policy described as "work until you drop."

SCEPA Director and retirement expert Teresa Ghilarducci recently described the growing problem of retirement insecurity behind this new reality. Rather than a savings problem, SCEPA research documents the underlying structural problem: employer sponsorship of retirement plans for prime-aged (25-64) workers declined from 61% to 53% from 2002 to 2012.

Worldly Philosopher: Some Investors Are More Equal Than Others 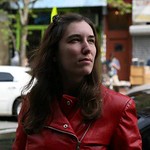 Worldly Philosopher: Some Investors Are More Equal Than Others

This week's Worldly Philosopher, Anthony Bonen, discusses the need for and possibilities of opening the field of economics to a diversity of approaches.

Thomas Piketty: What is an Economist?

Thomas Piketty, leading economist and best-selling author of "Capital in the Twenty-First Century," shares his view on what it means to be an economist at The New School.

Structuralist Response to Piketty's Capital in the Twenty-First Century

New School Economist Lance Taylor released a symposium of literature on Thomas Piketty’s Capital in the Twenty-First Century in conjunction with the INET-sponsored research project on Economic Sustainability, Distribution and Stability.