Brief— SCEPA's research finds nearly 1.5 million low-income older workers would benefit from an expansion of the popular Earned Income Tax Credit (EITC) program. The report—released by our Retirement Equity Lab (ReLab)—finds without expanding the EITC, the program actually lowers wages among non-educated workers, especially those over 55.

Fiscal Policies for a Low-Carbon Economy

The World Bank published a report authored by a team of New School economists that investigates fiscal policies to help us move from a high-carbon economy to a low-carbon economy while minimizing financial instability.

Working Paper—The popular EITC program is credited with encouraging employment and reducing poverty. But a SCEPA working paper suggests it may also reduce wages for low-education workers, including older workers who do not receive EITC benefits at the same rate as younger workers.
Read more
Mar 2021

Brief— Working longer is often proposed as the solution to the retirement crisis caused by older workers’ lack of retirement assets, but new research from SCEPA's ReLab shows this assumption doesn't match older workers' real experiences in the labor market.

How to Reverse the EU's Division and Support Recovery 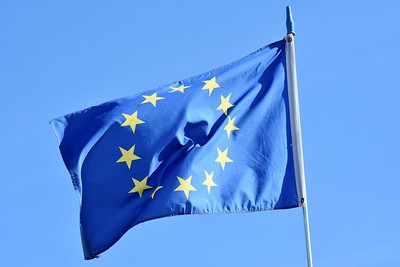 SCEPA Climate Economics Director Willi Semmler and co-authors Francesco Saraceno and Brigitte Young published a new article asking how the European Union (EU) can recover its sense of common purpose after the Covid-19 crisis exacerbated division between and among member countries. The authors recommend a shared policy agenda for recovery to ensure Europe’s resilience in the face of future crises.

The economic and political consequences of the union’s divergence between core and periphery, including the dangerous surge in populist movements in almost every EU country, is the result of “a lethal mix of inadequate institutions and political choices dictated by flawed economic thinking.” The EU’s cohesion -- key to its economic and political viability -- cannot be trusted to blind faith in “efficient” markets, as some have claimed. This orientation has allowed the EU to become a club in which each member cares only about its own costs and benefits, Semmler and his co-authors explain.

Instead, the authors emphasize the importance of reforming institutions for macroeconomic governance (most notably fiscal policy) and prioritizing strong social welfare policy to ensure cohesion and the future of the union. This entails tackling European economic, fiscal, and social policy in tandem to create a sustainable EU recovery from the pandemic-driven downturn. The key for the EU, they argue, is to enact fiscal policies that protect against macroeconomic shocks and distributional problems while also creating and strengthening public goods such as a shared health care policy, a better Social Security system, and a coordinated transition to climate-neutral energy and transportation. These public goods are essential to reverse the harmful divergence trend in the EU and to build a more cohesive Europe that can more effectively take on a range of economic and political challenges.