November 2017 Unemployment Report for Workers Over 55

The Bureau of Labor Statistics today reported a 3.1% unemployment rate for workers age 55 and older in November, a rate unchanged from October. This low aggregate number hides the prevalence of low-paying jobs among older workers, especially women. 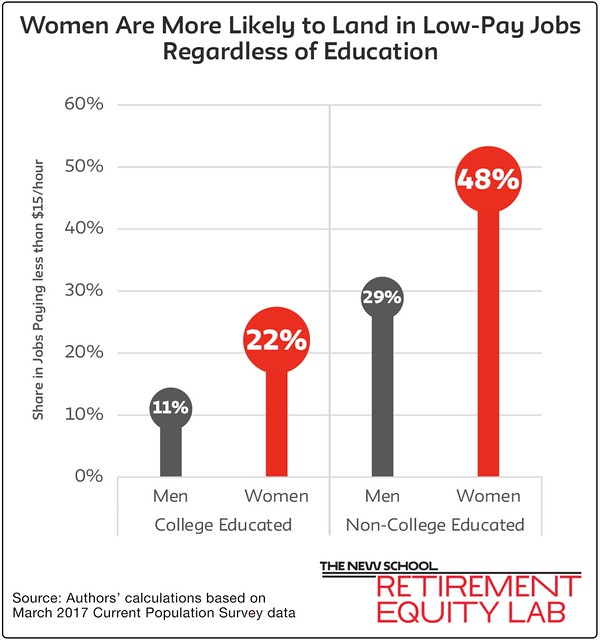 One reason older women work for low wages is that they lack bargaining power. Without a financial cushion (39% of older women have no retirement savings), people will likely tolerate poor working conditions and low pay. In her book, Nomadland, Jessica Bruder describes a group of people, mostly women, living in RVs and chasing seasonal work, including Linda. Bruder writes, "Her options for work would dwindle with age, rather than broadening to reflect her years of experience. There seemed to be no way off the treadmill of low-wage jobs. How would she ever afford to stop working?" Many of her subjects lost their jobs and savings in the Great Recession of 2007-2009.

To ensure all workers have a secure retirement, Congress needs to not only raise the minimum wage, but also enact Guaranteed Retirement Accounts (GRAs). GRAs provide retirement savings accounts to all workers as a supplement to an expanded Social Security program. The GRA’s $600 refundable tax credit and employer contribution ensure that even low-paid workers, a majority of whom are women, can afford to save for retirement.

1 SCEPA calculations using SIPP 2014 data
*Arrows next to "Older Workers at a Glance" statistics reflect the change from the previous month's data for the U-3 and U-7 unemployment rate and the last quarter's data for the median real weekly earnings and low-paying jobs. 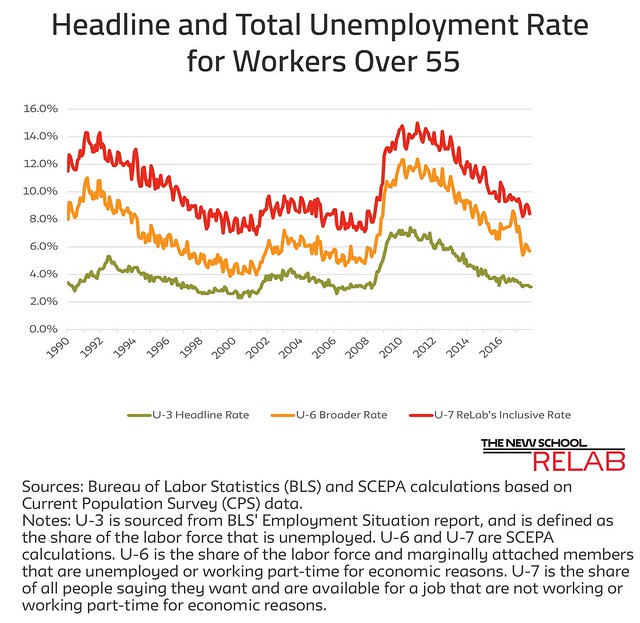 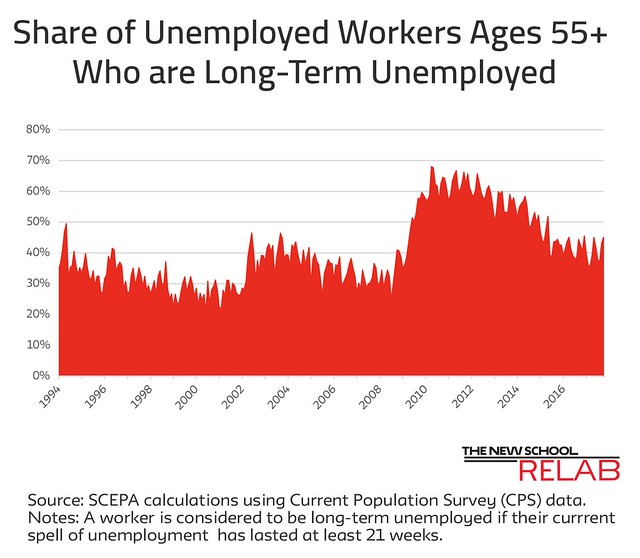 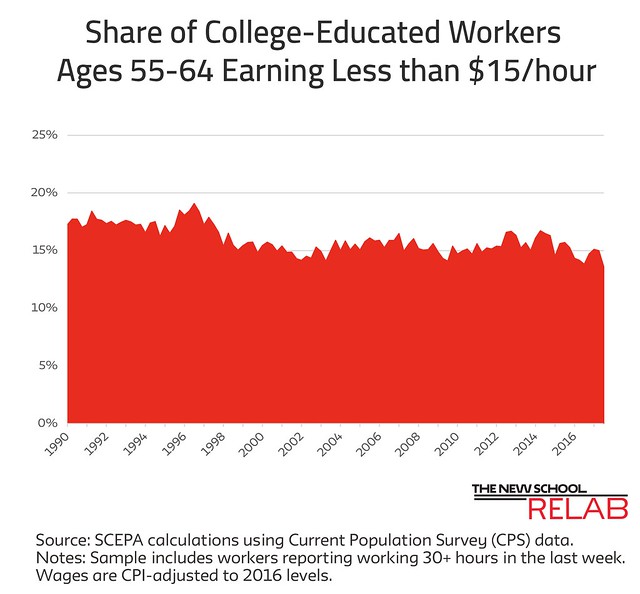 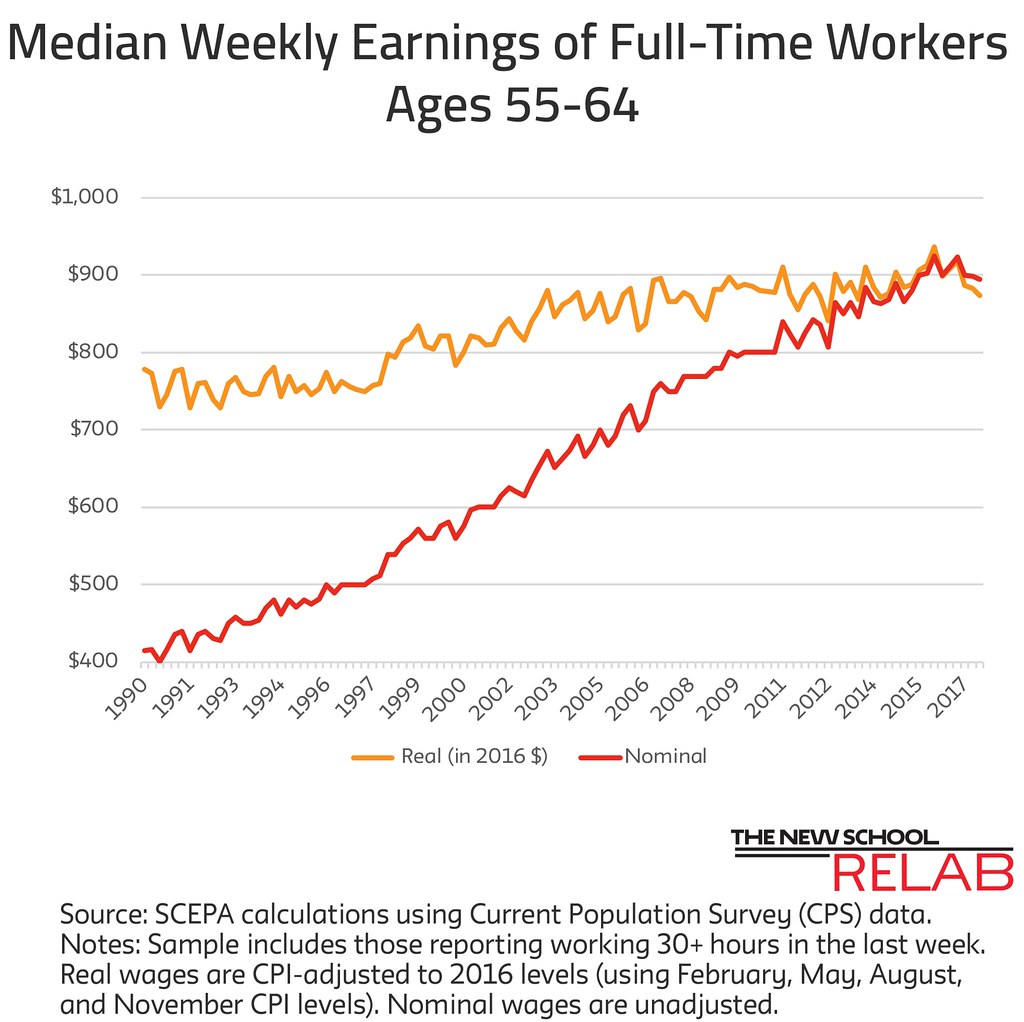 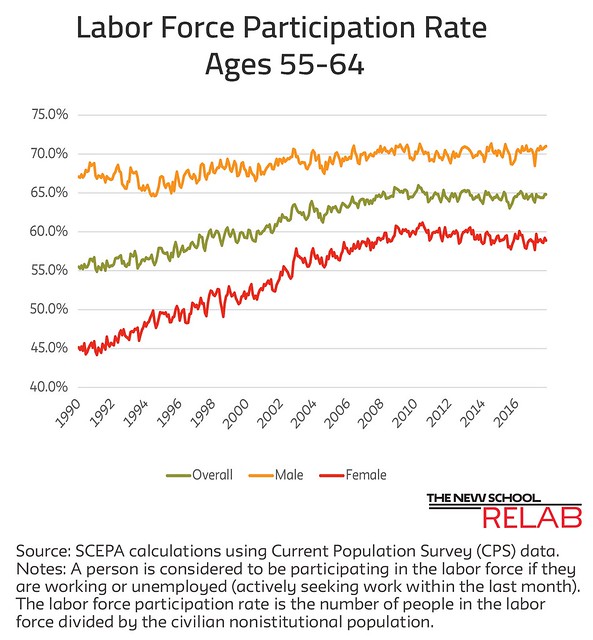 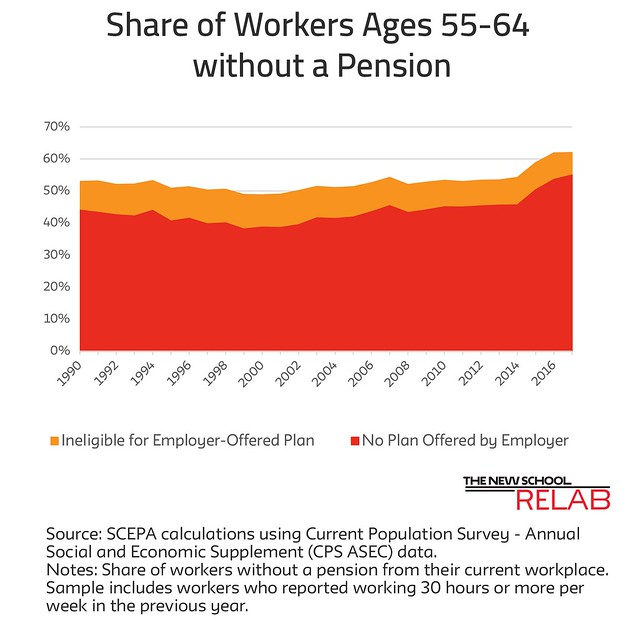