October 2016 Unemployment Report for Workers Over 55

The Bureau of Labor Statistics today reported an unemployment rate of 3.7% for workers aged 55 and older in October. However, the unemployment rate fails to reflect the increasing concentration of older workers in low-wage service jobs. 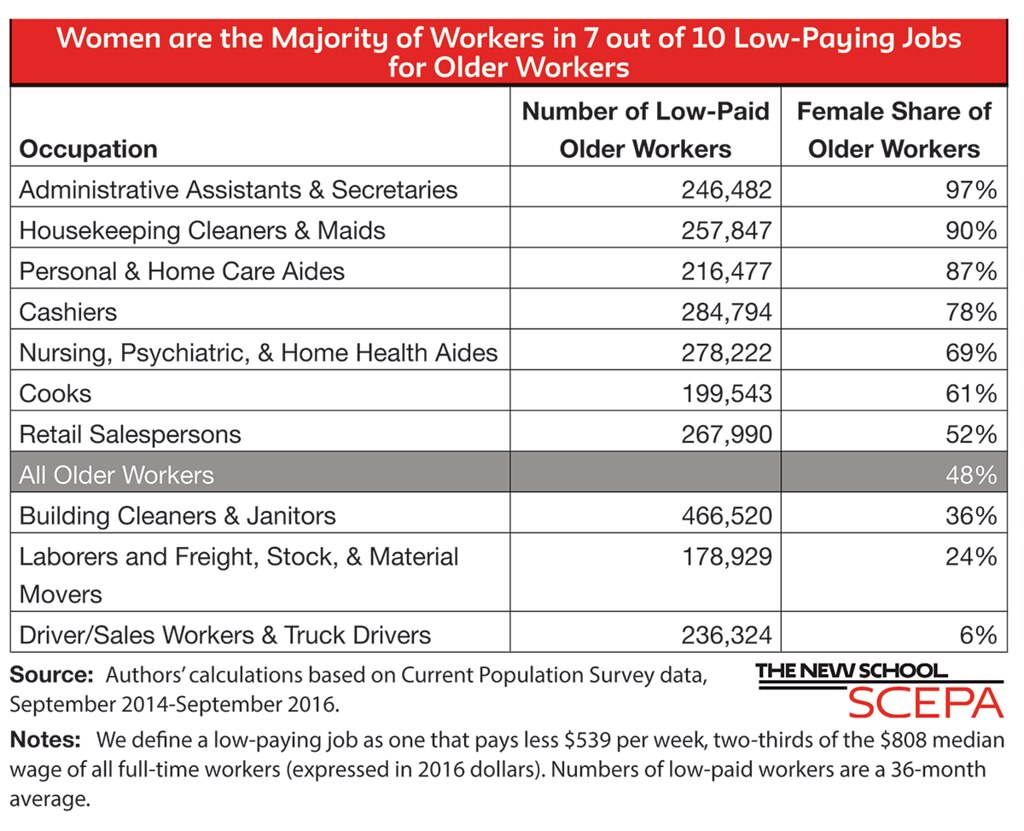 Older workers in low-paying service jobs face extra difficulty saving for retirement. This may be a particular problem for older women workers who are unlikely to have access to a retirement plan. Living paycheck to paycheck, even those with coverage have little room to cut consumption to increase retirement savings. 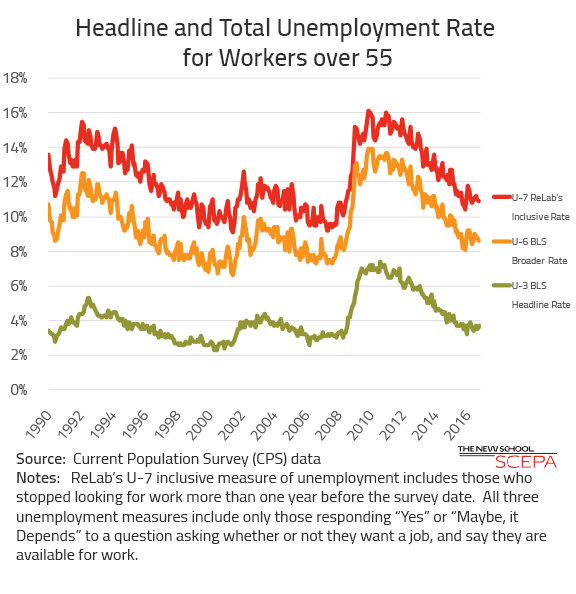 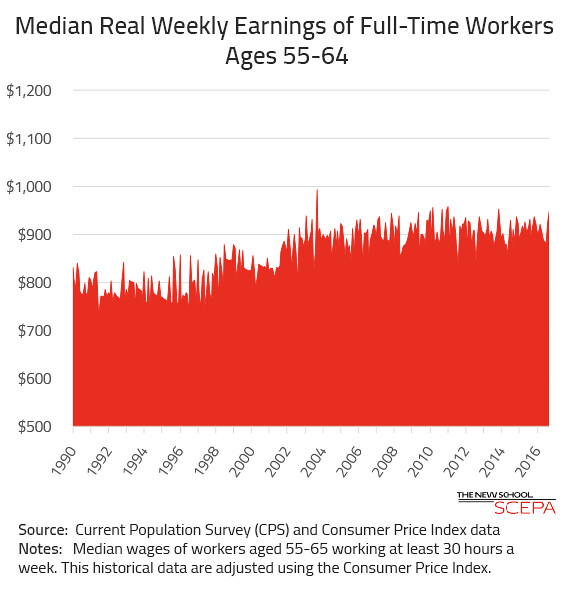 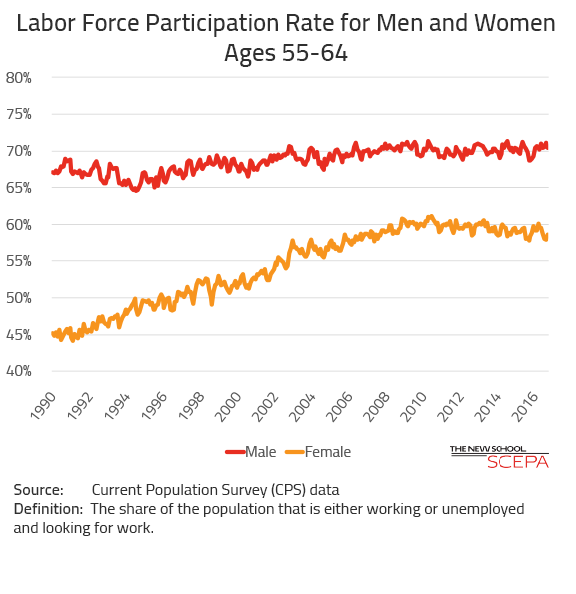 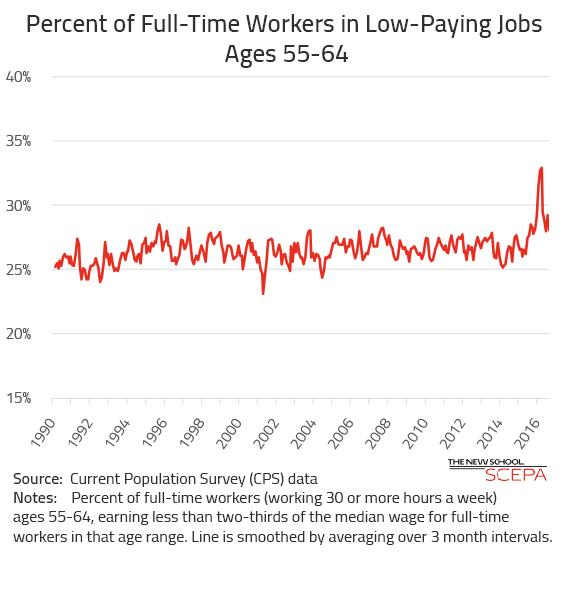 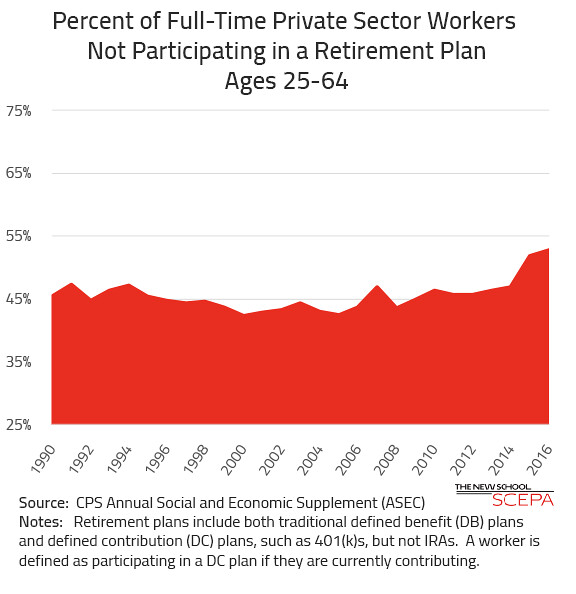