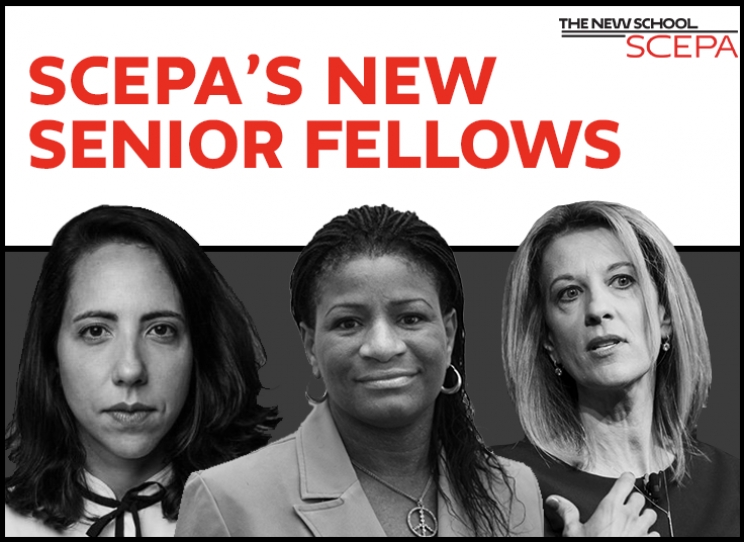 SCEPA is proud to welcome three new Senior Fellows to our team, Laura Barbosa de Carvalho, Michelle Holder, and Stephanie Kelton. All three are alumnae of The New School for Social Research and bring to SCEPA their highly-renowned research and experience criticizing and providing alternatives to conventional economic theory and policy in areas such as race, monetary and fiscal policy, and economic growth and crisis. We look forward to sharing their work, lifting up their insights, and collaborating with them through research and events. 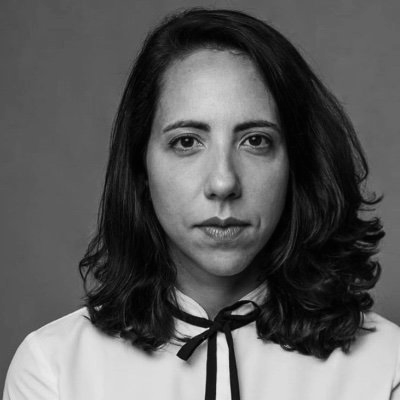 Laura Barbosa de Carvalho is a Brazilian economist and associate professor at the Faculty of Economics and Administration at the University of São Paulo. Her research focuses mainly on macroeconomics of inequality, as it pertains to economic development, income redistribution, and private debt. Her 2018 book Valsa Brasileira: Do Boom ao Caos Econômico, which analyzes the growth and subsequent crisis of the Brazilian economy starting in 2014, became one of the country's best sellers that year.

On the empirical side, Carvalho has recently worked on the distributive impacts of fiscal policy, multiplier effects of social benefits and the relationship between wage inequality, employment composition and consumption patterns. On the theoretical side, Carvalho has worked on building demand-driven Agent-Based and Kaleckian models that deal with the dynamics of income distribution, economic growth and private debt. 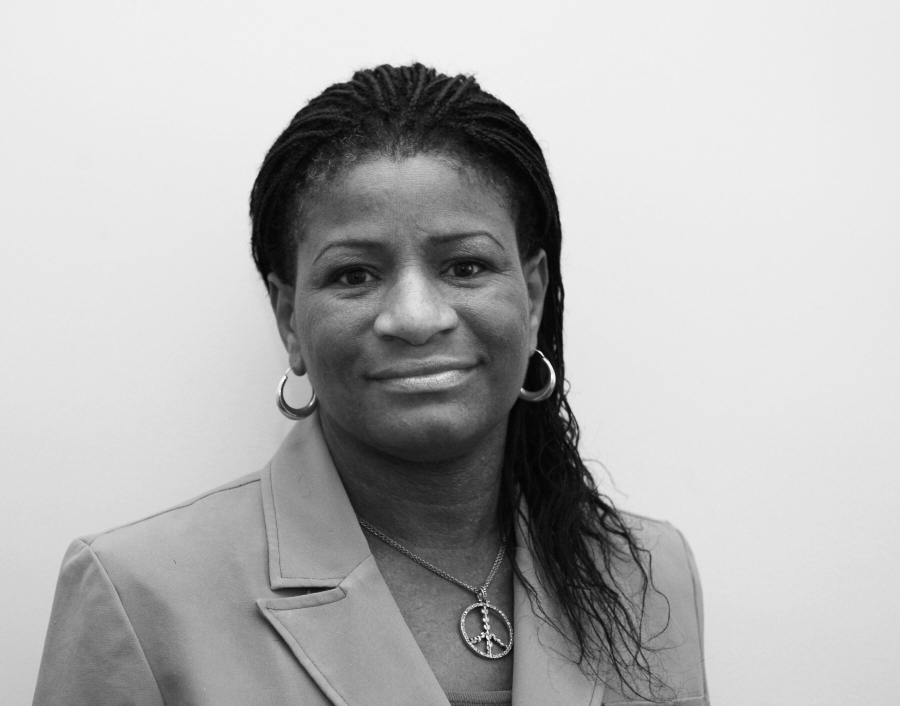 Economist Michelle Holder is an Assistant Professor of Economics at John Jay College, City University of New York. Prior to joining the John Jay faculty, she worked professionally as an economist for a decade in both the nonprofit and government sectors. Her research focuses on the black community and women in the American labor market, and her economic policy reports have been covered by the New York Times, the Wall Street Journal, the New York Amsterdam News, and El Diario. Holder was cited as one of 19 black economists to watch by Fortune Magazine in June 2020, and was recently cited as an expert on worker power by the Washington Center for Equitable Growth. Her first book, African American Men and the Labor Market during the Great Recession, was released from Palgrave Macmillan in 2017. Holder has also appeared on, or been quoted in, media outlets such as CNN, the Washington Post, NPR, The New Yorker, PBS, MSNBC, and Al Jazeera-English. 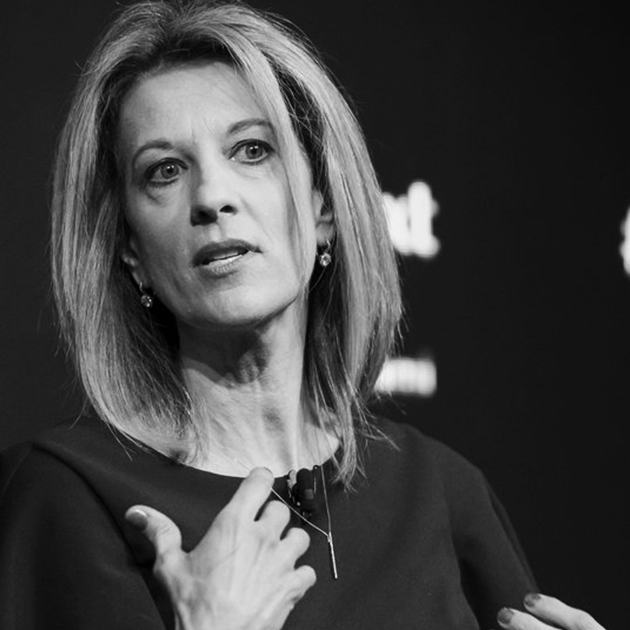 Stephanie Kelton is an economist, academic, and author of the recent New York Times bestseller, The Deficit Myth: Modern Monetary Theory and the Birth of the People's Economy. She is a professor of economics at Stony Brook University. Professor Kelton served as Chief Economist on the U.S. Senate Budget Committee (Democratic staff) and advisor to Bernie Sanders' 2016 presidential campaign. She is founder and editor-in-chief of the blog New Economic Perspectives. She was named one of Politico's 50 "thinkers, doers and visionaries transforming American politics” in 2016. In fall 2019, she joined the board of Matriarch PAC.

Kelton's primary research interests include monetary theory, employment policy, history of economic monetary thought, social security, public finance, fiscal policy, financial accounting, international finance, and European monetary integration. She has been a notable proponent of and researcher in Modern Monetary Theory, publishing several papers and editing books in the field, and a supporter of the proposal for a Job Guarantee.

All economists at The New School are considered Senior Fellows at SCEPA, as we aim to highlight and support the New School economics department. In addition we have fellows from outside the department. Laura, Michelle, and Stephanie join the distinguished list of Senior Fellows already at SCEPA, which includes NSSR alumni and Executive Director at the Washington Center for Equitable Growth, Heather Boushey; Darrick Hamilton, who is rejoining the New School as Professor of Economics and founding Director of the Institute for the Study of Race, Stratification & Political Economy; William M. Rodgers III, Professor of Public Policy at Rutgers University and former chief economist at the U.S. Department of Labor; Rick McGahey NSSR alum and former Assistant Secretary for Policy and later for Pension and Welfare Benefits at the U.S. Department of Labor; and Assistant Professor at the University of Wisconsin’s School of Public Affairs and NSSR alumni, Lauren Schmitz. 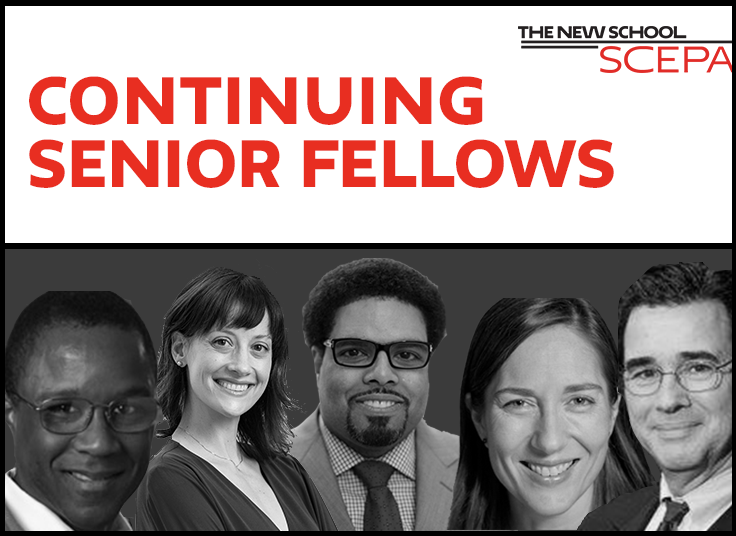 Read more about all of our Senior Fellows here.