This morning’s job report from the Bureau of Labor Statistics (BLS) calculates a 3.6% unemployment rate for workers age 55 and older in September, an increase of 0.1 percentage points from August. Given this low rate, the labor market for older workers appears healthy. However, if we include all those over 55 who reported in August they would like a job, more than 1 in 10 were either unemployed or underemployed. 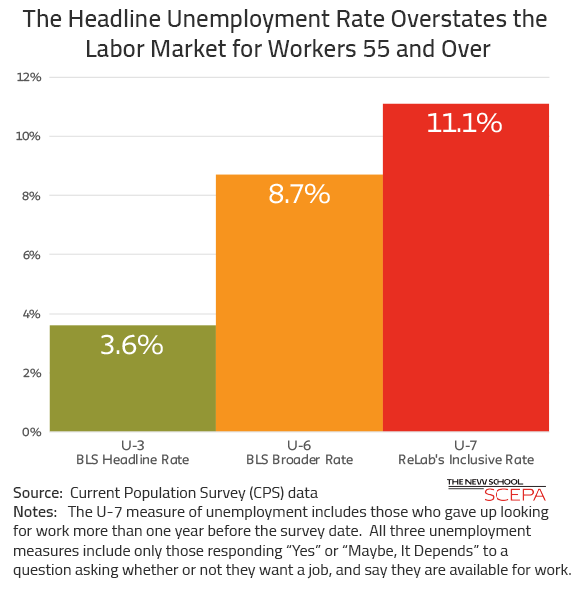 The 3.6% headline unemployment rate, referred to as U-3 by the BLS, includes only workers who actively sought work last month. The BLS also reports U-6 for all workers, a broader definition of unemployment that also includes those who looked for work within the past year or worked part-time while wanting full-time jobs. However, this still misses the “hidden unemployed,” those who would like a job but gave up looking more than a year ago. Since the BLS doesn’t compute this number, we use the latest available Current Population Survey (CPS) data from August to calculate an unemployment rate that includes the hidden unemployed, which we call U-7.

The BLS reports an August headline U-3 unemployment rate for older workers of 3.5%. Using CPS data, the same data used by the BLS to calculate U-3, we calculate the broader U-6 measure at 8.7% for workers over 55, and our inclusive U-7 rate at 11.1%. U-3 represents 1.3 million older Americans who looked for a job in the month of August, U-6 includes an additional 425,000 people who looked for work within the last year and 1.4 million who worked part-time while wanting full-time work, and U-7 includes an additional one million hidden unemployed.

Many discouraged older workers give up looking for a job and involuntarily retire. However, early retirement is far from a panacea. First, retiring early means lower monthly Social Security benefits. Second, because households nearing retirement have a median of only $12,000 in retirement savings, early retirement increases the risk of downward mobility and old-age poverty.

With more than 1 in 10 older workers either unemployed or underemployed, delaying retirement is not a solution to the failings of the retirement savings system. Guaranteed Retirement Accounts (GRAs) provide a mechanism to ensure workers save throughout their careers and insure against the risk of old-age poverty due to job loss. 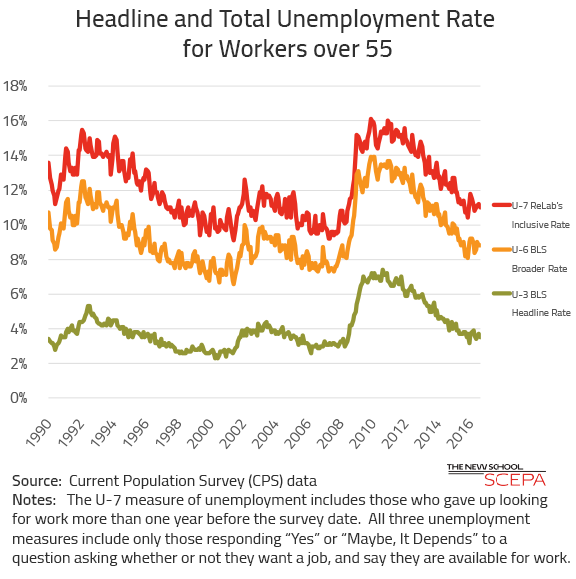 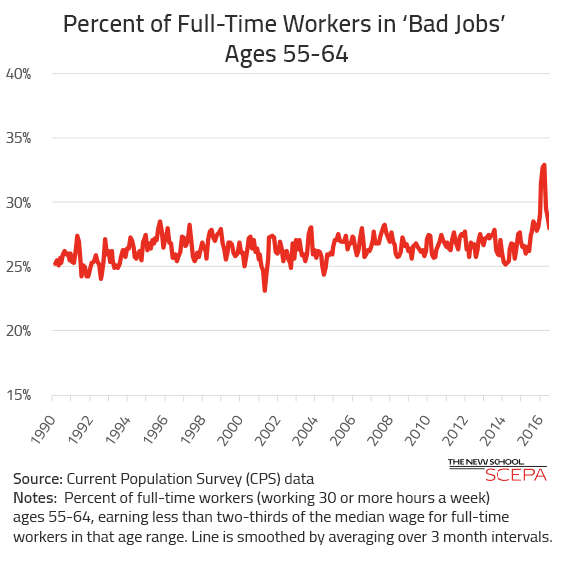 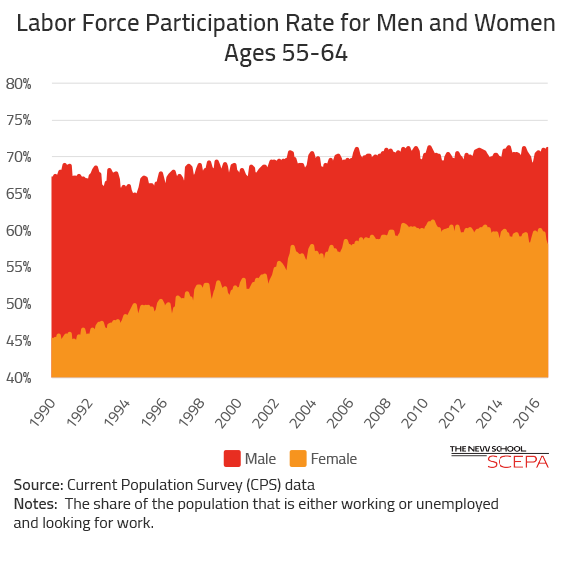 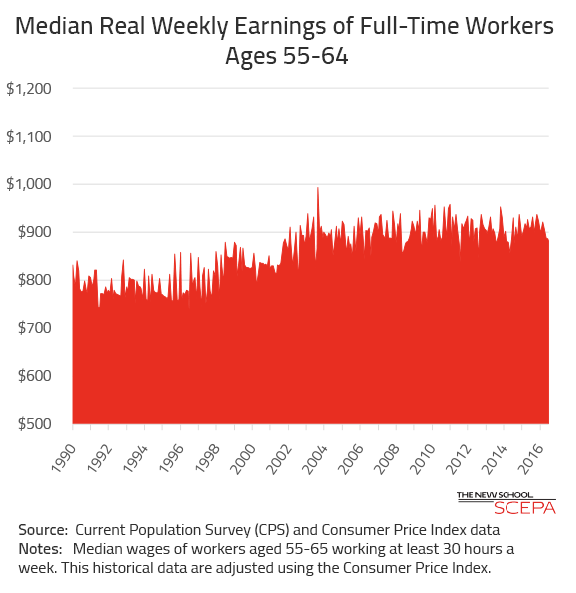 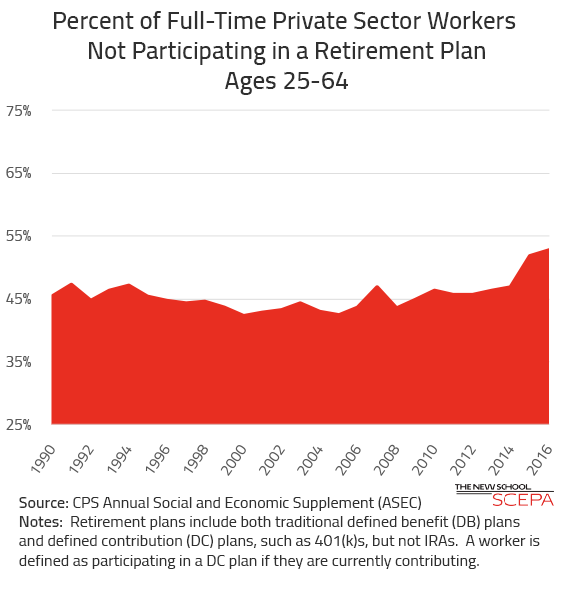