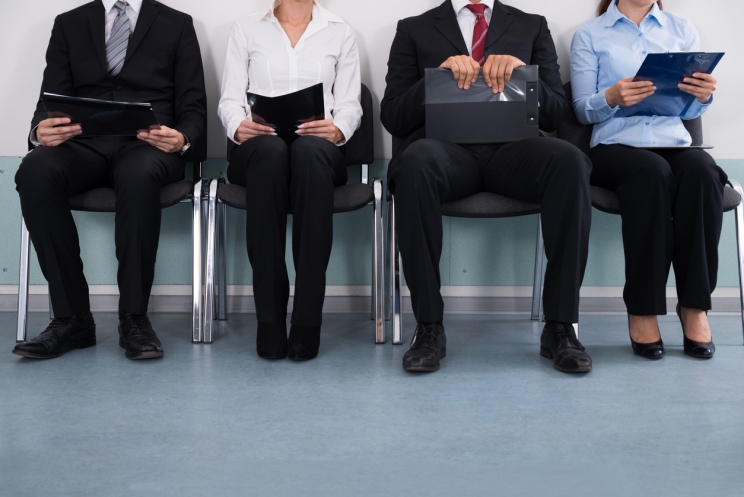 Research Note— SCEPA's research finds that a significant part of the retirement boom consists of those we would otherwise expect to be working, given their employment a year earlier.

One of the most pressing questions facing policy makers is how quickly the labor force might return to its pre-pandemic strength. Answering this question requires understanding the employment and retirement trajectories of older workers in the pandemic. The labor force is roughly 3.8 million workers short of where it would be if we still lived in the pre-Covid economy, and nearly half of this shortfall is accounted for by those 55 and older. Meanwhile, the retired share of the population is roughly 2 percentage points above its pre-pandemic trend line (Davis, 2021).

What drove the increase in retirements? An influential view comes from an article published in the Economic Bulletin of the Federal Reserve Bank of Kansas City, “What Has Driven the Recent Increase in Retirements?” by Jun Nie and Shu-Kuei X. Yang (henceforth N&Y). The authors conclude that “the recent increase in the retirement share has been driven by a steep decline in the percentage of retirees returning to work.” That is, trends in the retired share of the population during the pandemic rest primarily on a decline in “unretirement” rather than an increase in the rate of retirement from employment. This takeaway is derived from Figure 1, taken directly from N&Y; the orange line shows the decline in the retired-to-employed rate.

Because of the methodology used by N&Y, however, the figure below does not allow us to judge the quantitative importance of the changes in flow rates to the overall retired share. The purpose of this note is to present an alternative view of retirement flows during the pandemic. Figure 2 shows the proportion of all adults 55+ who underwent the labor force transition listed between the year before and the reference year (see the Methodology section below for discussion of the construction of this figure).

Among all the possible year-to-year transitions to or from retirement, the largest shift in the first year of the pandemic was the jump in flows from employed to retired (E-R), particularly in late 2020 and early 2021. The main reason this chart contrasts with the one presented in N&Y is that we look at respondents at two points in time one year apart (rather than one month apart). This does not rule out workers taking on other labor market states in between. For instance, those who were employed when observed pre-pandemic may have subsequently become unemployed for some time before being retired in their second observation a year later.

Figure 2: Year-to-year retirement flows as a share of the 55+ population

Note: Series show the share of the 55 and older population that undergoes the listed labor force transition between the reference month and the month one year prior. NILF refers to not in the labor force, not retired. Dotted lines are at April 2020 and March 2021. See methodology section for further details.
Source: Author’s calculations and IPUMS-CPS

In fact, a substantial share of the observed E-R flows are likely E-(U)-R flows, where the intervening period unemployment is not observed in our year-to-year measure. That is, falling into unemployment early in the pandemic led many older workers to retire. This can be seen in the sharp jump in April 2021 (just after the second dotted line) in year-to-year flows from unemployed to retired. Many of those who fell into unemployment at the start of the pandemic—most of whom were employed beforehand—subsequently retired. The importance of this flow is not visible in N&Y due to the way they scale the data, as well as the month-to-month nature of their series.

Like N&Y, our analysis also shows a drop in “unretirement” transitions from retired to employed, but the overall importance of that drop relative to the older population is dwarfed by E-R transitions (or, more likely, E-U-R transitions). This has important implications for the future of labor force participation for older adults. Unretirement flows are more likely to return to normal as the labor market improves and Covid-19’s economic and health risks subside—in fact, these flows have already picked up, as the figure shows. Yet our analysis suggests that these flows were not the most important driver of the pandemic retirement surge.

We conclude that a significant part of the retirement boom consists of those we would otherwise expect to be working, given their employment a year earlier. If this is the case, then it may take longer for the retired share of the population to return to trend than if diminished unretirement flows were the primary driver of the pandemic retired share. Still, there is a high degree of uncertainty here, since improved labor market conditions may bring some newly retired individuals back to the labor force.

This research note uses data from the Current Population Survey—a monthly survey of U.S. households conducted by the U.S. Census and the Bureau of Labor Statistics—as prepared by IPUMS-CPS (Flood et al 2021). Like the Kansas City Fed authors, we exploit the longitudinal design of the CPS to measure transitions over time among individual respondents who are observed repeatedly. Observations are weighted using the one-year linking weight provided by IPUMS-CPS (lnkfw1y). Retirement is defined as a worker reporting they are out of the labor force because they are retired. Employment and unemployment follow standard CPS definitions, and not in the labor force includes only those who are neither in the labor force nor retired.

There are three main methodological differences between this chart and the one presented by the Kansas City Fed authors. The first is that the transitions are year-to-year rather than month-to-month. The second is that the flows are scaled by the entire 55 and older population, rather than by the number of adults 16 and older in the baseline category (e.g., for E-R flows, N&Y use the employed population 16+ as the denominator). Finally, this chart also includes transitions involving those not in the labor force but not retired, which includes those who say they are disabled and those who are not working and not looking for work for reasons other than disability and retirement.

The most important of the changes listed above is that we present year-to-year flows rather than month-to-month flows. There are two main motivations for this change, one having to do with maintaining a somewhat consistent baseline and the other having to do with the complexity of labor force flows.

Given the sharp impacts of Covid-19 on the labor force in April 2020, the pandemic challenges the assumption that baseline periods are similar, making interpretation of month-to-month transition rates over time less clear. In each month after March 2020, the composition of the baseline month is different from the last. Therefore, when the monthly E-R transition rate declines, it is not clear whether that is because employed workers became less likely to retire, or because the composition of workers employed in the prior month shifted towards those with a lower likelihood of retirement.

Examining year-to-year flows instead allows us to see how retirement-related transitions changed over the first year of the pandemic given roughly similar baseline populations—i.e., those employed in the 12 months leading up to April 2020, which is denoted with a dotted vertical line in Figure 2. The second dotted line, at March 2021, indicates the final month in which we have pre-pandemic baseline populations.

The definition of E-R transition considered here permits transitions to other, non-employed states before the workers considers themselves retired. It may therefore be seen as measuring something qualitatively different from month-to-month E-R transitions.

A final benefit of year-to-year flows is that they mitigate rotation-group effects in the CPS, which arise from the difficulty of measuring retirement and other labor force characteristics in the survey design used by the CPS (Frazis et al, 2005). For more information on this phenomenon, see Appendix C of Davis (2021).

One challenge in interpreting the quantitative importance of changing transition rates between labor force categories is transition rates—as opposed to flows—do not reflect changes in the size of the baseline groups. This is the case in N&Y. This becomes an issue in the pandemic period, which saw massive shifts between employment, unemployment, and not in the labor force.

To compare the relative importance of changes of different transition categories, it is desirable to scale the flows using a measure that is relatively invariant to labor force flows. The initial-period 55-and-over civilian population provides such a denominator. Scaling the series this way allows us to compare the different flows directly to determine their relative importance to the rise in the retired share.Another reason to use year-to-year flows is that many retirement transitions include spells of non-work between the worker being employed and being fully retired. Even in normal times, roughly half of transitions to retirement occur involuntarily, under circumstances not of the retiree’s choosing (e.g., due to layoffs, business closure, conflicts with managers, health issues and family responsibilities; see Davis, Radpour and Ghilarducci [2020], p. 7). These involuntary retirements likely mean that the retiree spends some time neither employed nor retired before the full retirement decision.

A Tale of Two Retirements