Brief— SCEPA’s latest policy note by Senior Fellow William M. Rodgers III, former chief economist at the US Department of Labor, highlights a potential headwind to recovery from COVID-19. His findings show that states which lean or are solidly Republican re-opened sooner than Democratic states, and their testing and infection data are “trending poorly.” 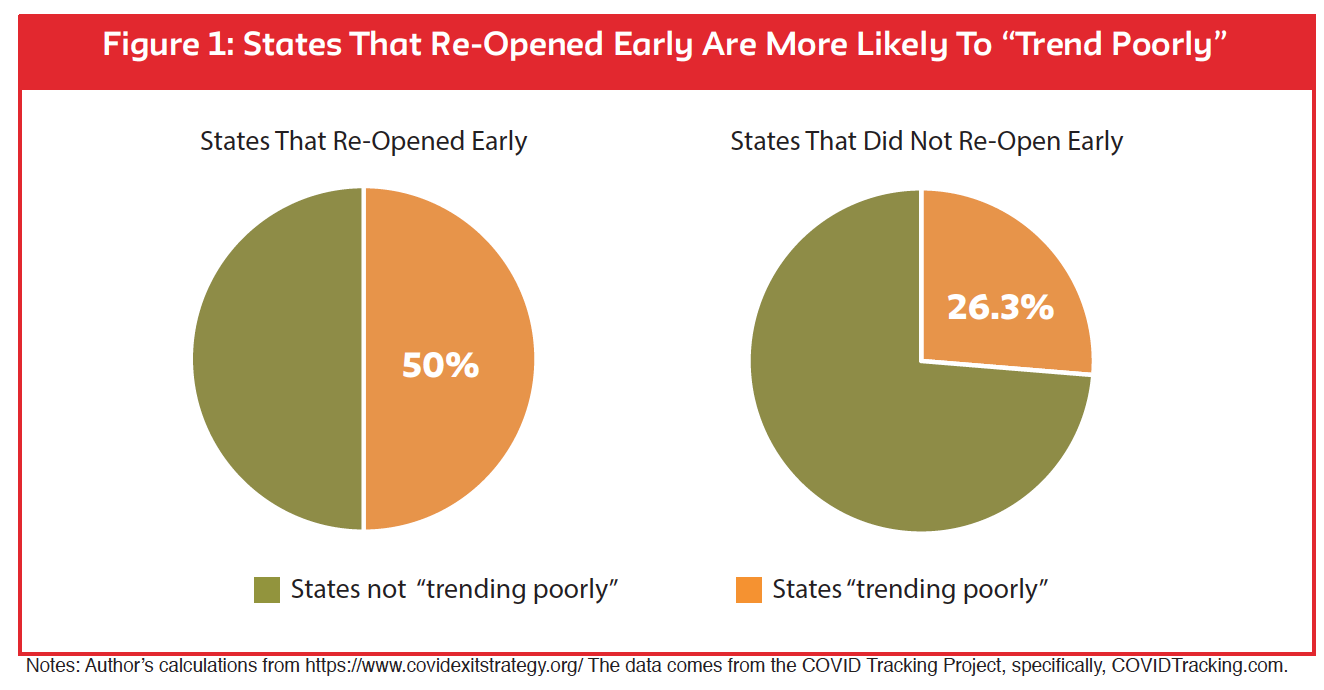 Rodgers finds that a state’s decision to “re-open” its economy is primarily based on Republican voters putting pressure on their elected Republican officials, rather than adherence to health guidelines.

For states that re-opened as of May 11th:

The data analysis suggests these officials bowed to political pressure even though their states had not achieved the CDC’s guidelines and the infection rates in their states had not peaked at that time, a decision that data shows puts the health of more residents at risk.